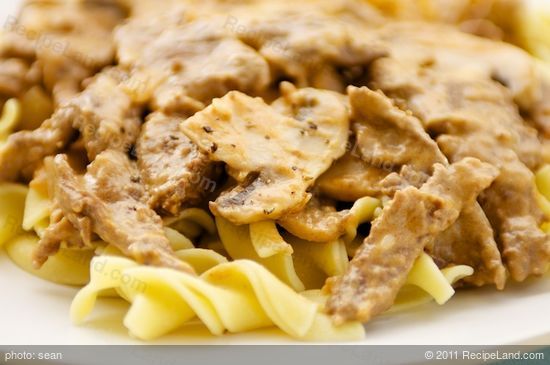 Beef Stroganoff – Russian Style: An easy beef dish that turns into a complete meal with noodles. Make your friends squeal in satisfaction with this scrumptious beef dish that will even have you licking your lips!