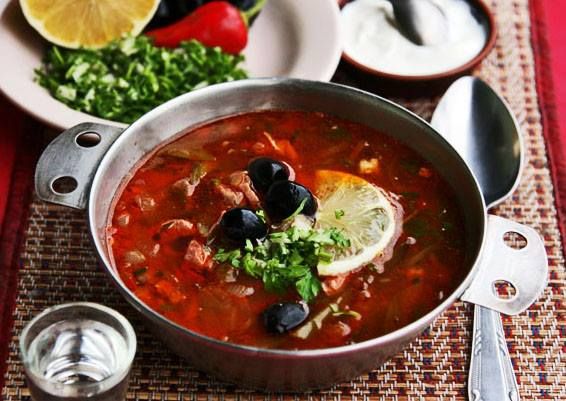 Solyanka is a hot Russian soup. There are three different types of Solyakna with: meat bouillon, fish bouillon or mushrooms one. All of them contain pickled cucumbers with brine, and often cabbage,…