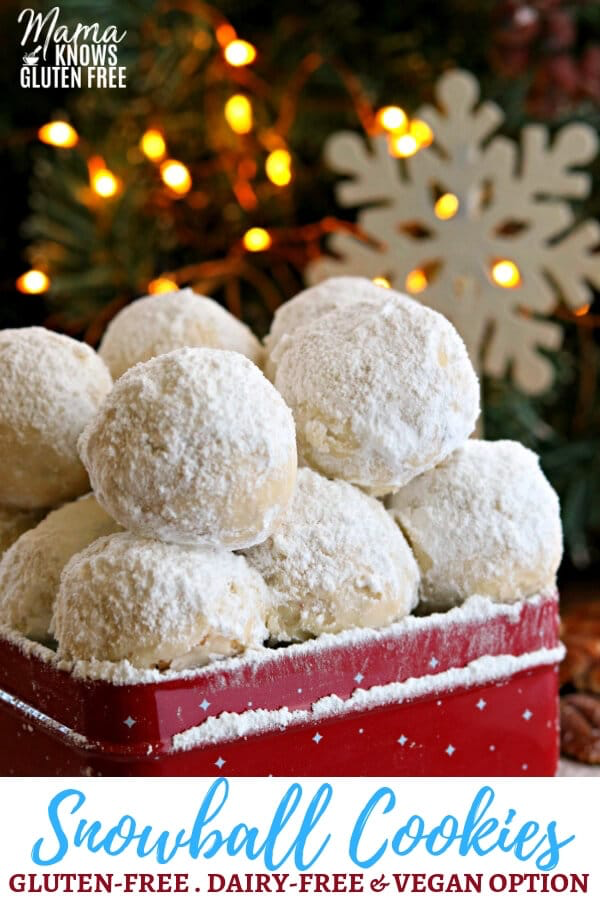 Gluten-Free Snowball Cookies are a buttery shortbread cookie filled with nuts and rolled in powdered sugar. They are also known as Mexican Wedding Cookies and Russian Teacakes. A classic Christmas cookie recipe. The recipe also has a dairy-free and Vegan option. #glutenfreerecipes #Christmascookies