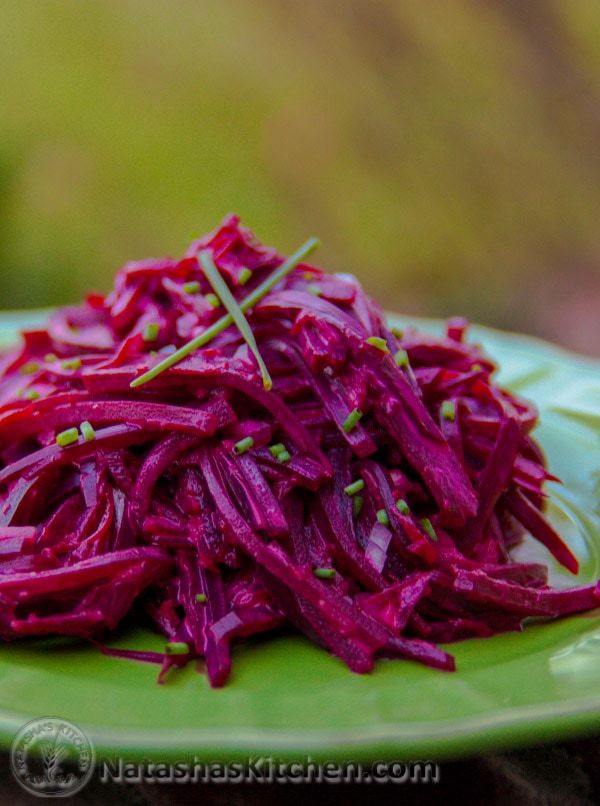 This creamy beet salad is easy and quite tasty. They’re so healthy and used quite often in Russian and Ukrainian cooking; especially in borscht.