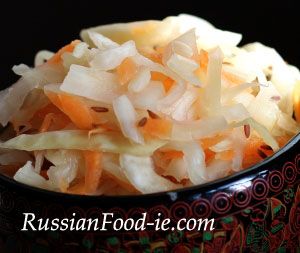 Sauerkraut (pickled, sour, salted cabbage) is very traditional for Northern and Eastern Europe. Widely known in the world is Sauerkraut of German origin and it is slightly different from traditiona…